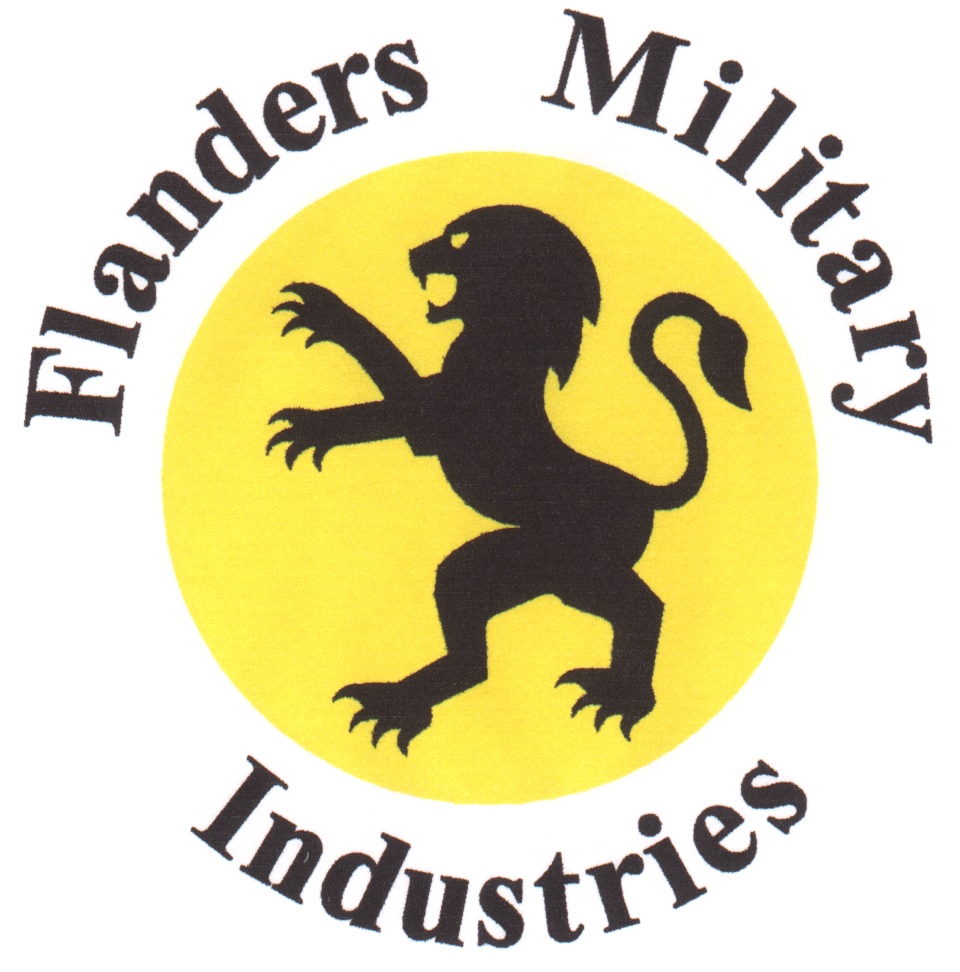 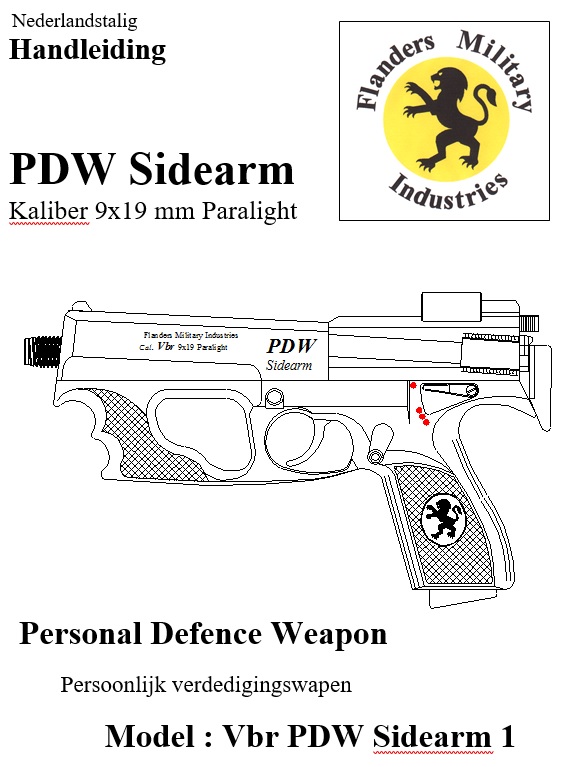 The PDW Sidearm was originally developed in Roeselare (the north sea side of Belgium) and was intended to support the rise of the Flemish Arms Industry. That is why the FSDIP lion (Symbol of Flemish Survival & Defense Industries) was depicted on the handgrip of the first original PDW -Sidearm drawings. At that time, the job of employment for the region was considered as important and the PDW-Sidearm project was at that time developed under the name FMI (Flanders Military Industries). 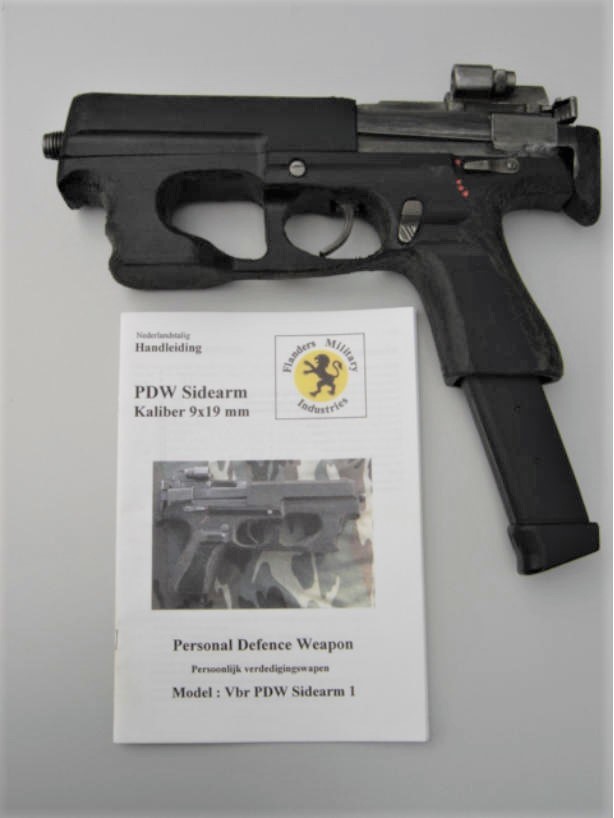 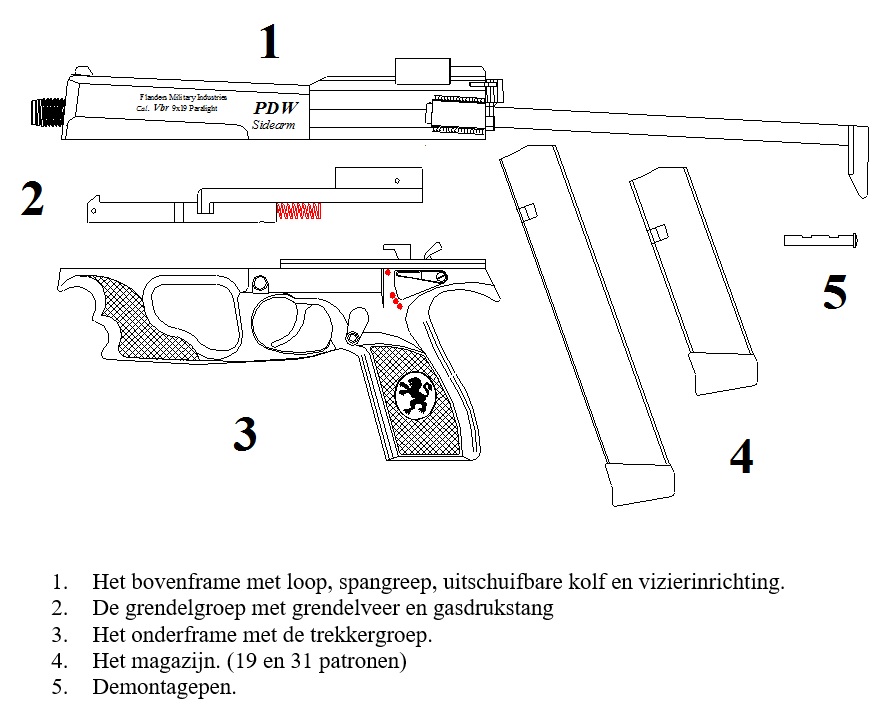 Original drawing of the main groups of the PDW-Sidearm from the first FMI manual. 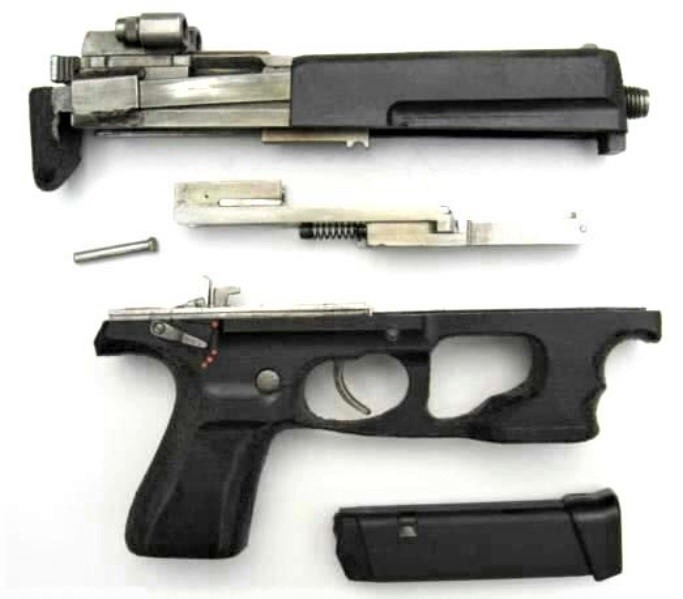 The 4 main assembly groups of the PDW-Sidearm 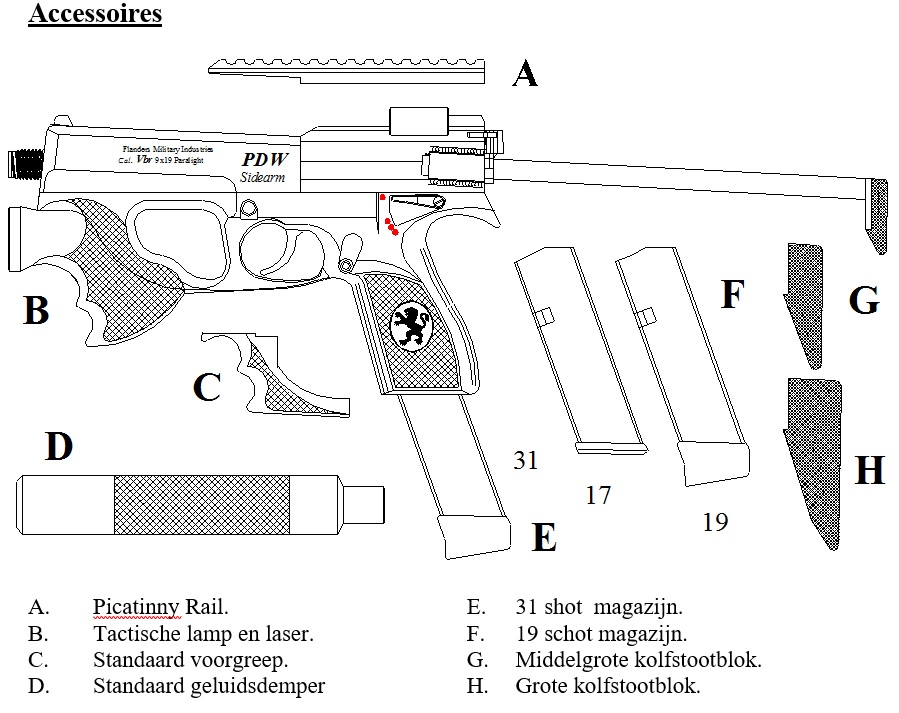 With the original PDW-Sidearm design, the front handle was provided hollow where a light and a lazer could be mounted. 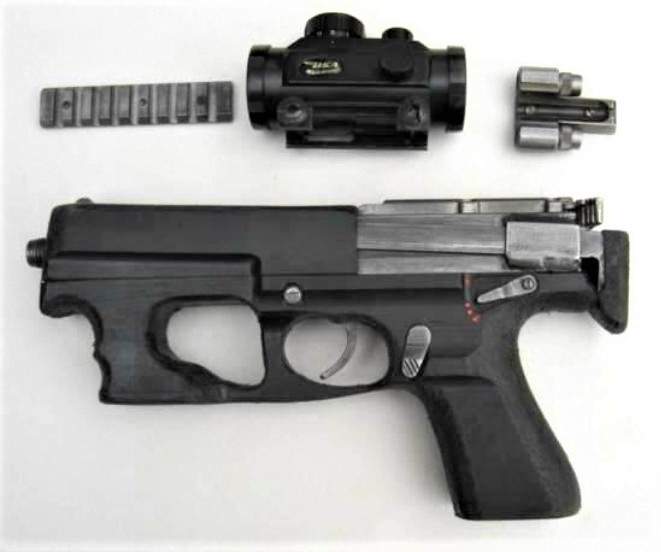 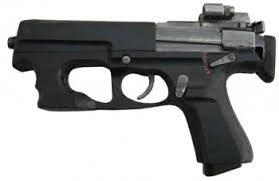 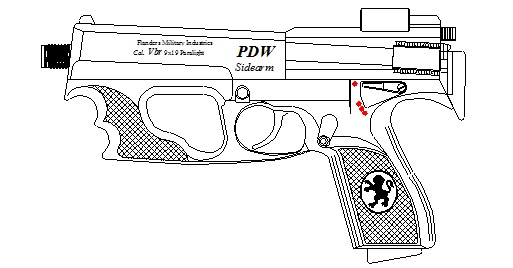 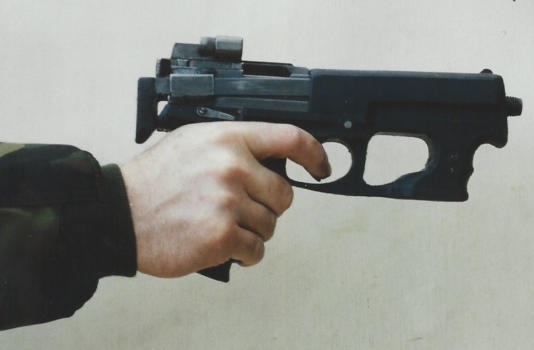 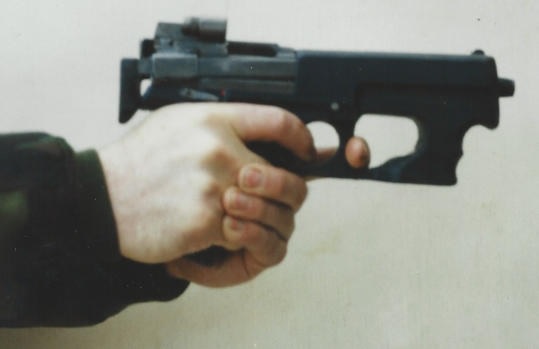 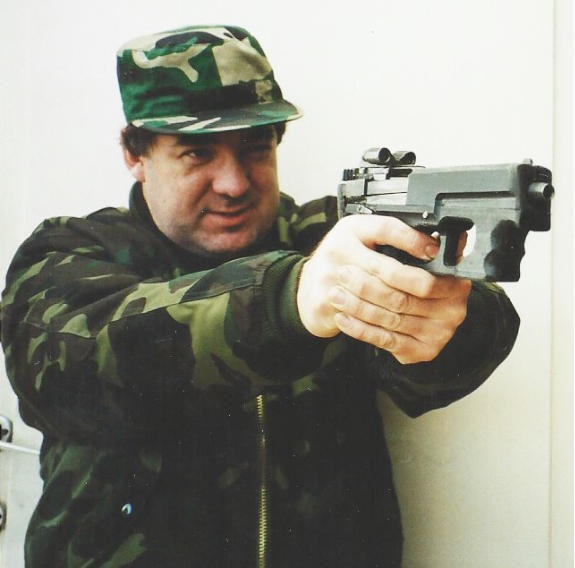 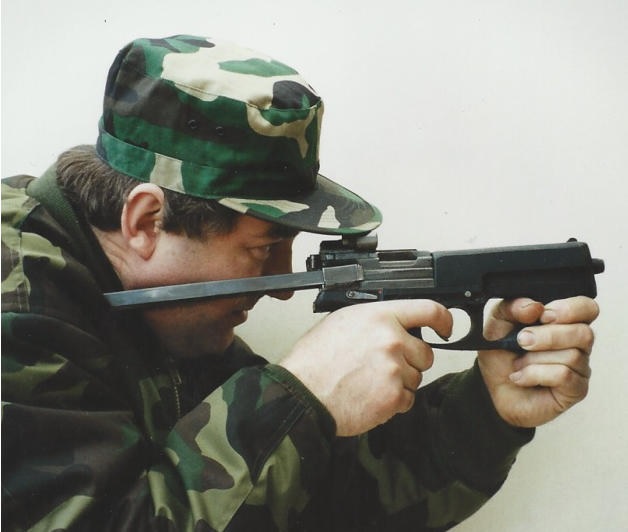 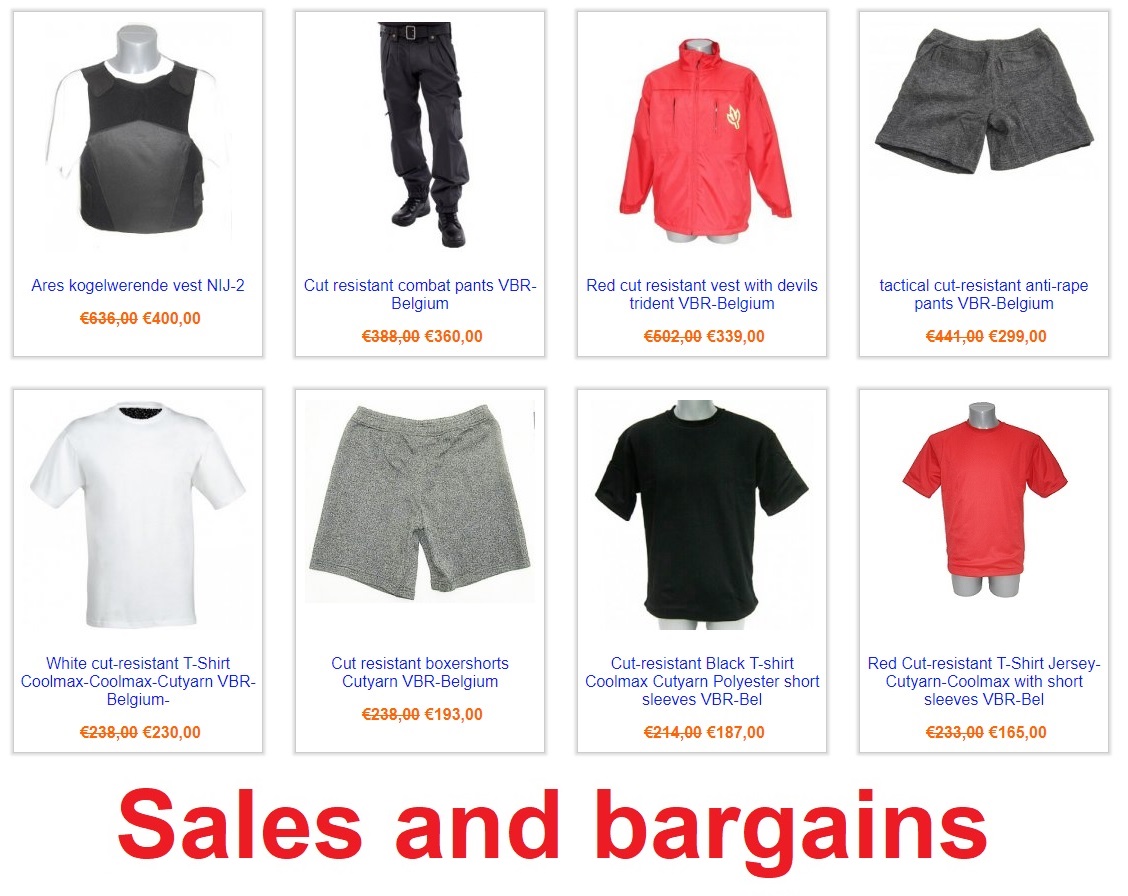